ARE YOU BUSIER THAN YOU NEED TO BE? – CHILD Magazine 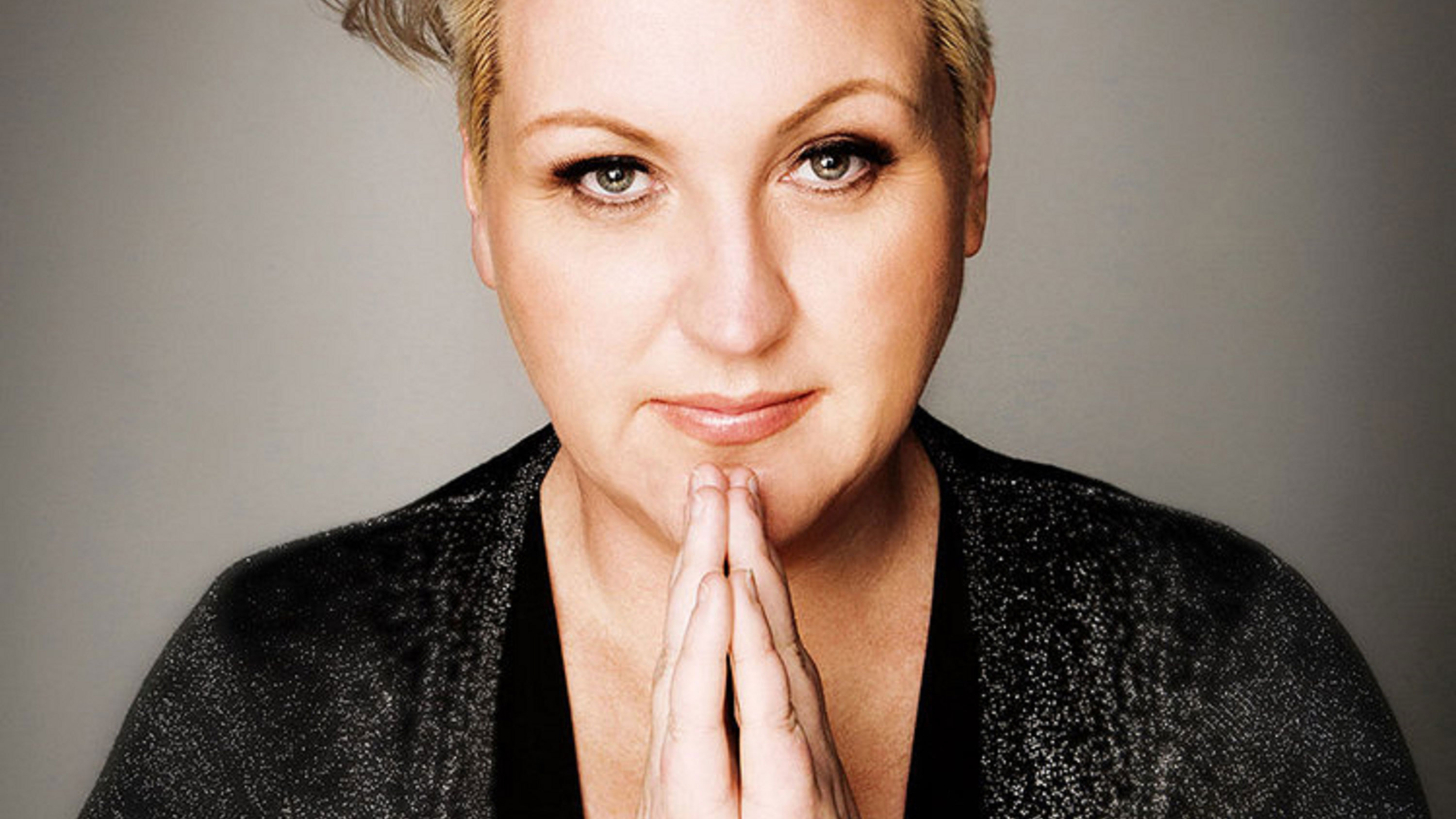 ARE YOU BUSIER THAN YOU NEED TO BE?

Australian television and radio presenter, podcaster, and unbelievably busy mum, Meshel Laurie, found hope in an unexpected place when she discovered the teachings of Buddhism. Now, she’s compiled her greatest learnings together in a sincerely “not hippy-trippy” guide to help you free yourself from ‘the grind of your unbelievable busyness’.

I feel slightly guilty calling myself a ‘single mother’ because my ex-husband is so supportive and present in our kids’ lives. I have many married friends whose husbands are far less available to them and their children than Adrian is to our family. He is an artist, which means he earns very little money, but can pick the kids up from school when they’re sick. You win some; you lose some.

Before anyone is tempted to engage their outrage and accuse me of sexism or maternal martyrdom, let me assure you I’m not suggesting that no-one else in the world can be as busy as a mother. But it’s undeniable that becoming one definitely added to my unbelievable busyness. Before motherhood, I generally enjoyed my level of busyness; since my kids, however, it’s become a very distressing and depressing burden.

I suspect that much of the intense busyness I’ve experienced since my twins were born has come from selfishness on my part, because I haven’t been prepared to give up much of my pre-motherhood life. However, I also believe that I need to maintain my own identity and life outside of the home, for their sake as much as for mine.

WHAT’S THE POINT OF GENERATION AFTER GENERATION OF WOMEN SACRIFICING THEIR CAREERS AND PASSIONS FOR THEIR CHILDREN, IF THEIR DAUGHTERS ONLY GROW UP AND DO THE SAME?

I’ve never understood that. I genuinely believe it’s important for me to show my children, particularly my daughter, that a woman can set lofty goals and achieve them without missing out on building a loving family.

I have to admit, though, there have been days when I wondered if it really was possible for women to have it all. I wondered if the only way to raise children and have a career was through two adults each assuming responsibility for one of those things. Yes, what I’m referring to is an old-fashioned partnership in which one parent takes on the responsibility of making money, and the other one takes care of everything to do with the family. Given that men still earn 30 per cent more than women for doing the same jobs, and they don’t physically need to take a break from their careers for pregnancy, guess who usually ends up keeping the home fires burning? And guess who ends up with no career or superannuation when they divorce? And guess why statistics show that over half a million Australian women will face homelessness over the next two decades?

It’s pretty grim, isn’t it? Even if I wanted to, I don’t have the option of taking a few years off to focus on my kids, and I don’t know many women who do.

SO, THE QUESTION IS: WHERE IS THE LINE BETWEEN VALUING MY LIFE OUTSIDE OF MOTHERHOOD, AND ENGAGING ADEQUATELY WITH THE LIVES OF MY CHILDREN?

Like many working mothers, I felt as though I was trying to live two lives at once, and neither was functioning. I was tired, grouchy, uninspired and resentful both at home and at work, and feeling like I was failing to some degree at everything.

And as my kids have got older, not only do they demand more but also others demand more on their behalf. Their teachers constantly ask to meet with me about their progress, even though my kids have a father with more than enough time on his hands for a chat. I’ve checked with other mums at the same school, and in families in which the dad works full-time, he is never asked to attend these meetings. So why aren’t I treated like dads who work similar hours to mine?

I WANT TO BE TREATED LIKE A DAD, DAMN IT!

I want to be worshipped when I show up to a Monday assembly to see my kid get a prize. I want to be congratulated when I run my kids’ birthday party. I want to be lusted after when I volunteer to help at the end-of-term disco. But I’m a mum. It’s all just expected of me.

Recently, as I was pulling into a parking space at my local shops, I saw a man with a small baby strapped to his chest and a toddler running around his legs. He was loading groceries into the boot of his car, and, God help me, my heart melted. I seriously considered jumping out to both help and congratulate him, but then I realised that I wouldn’t have looked twice at a woman in the same predicament.

I was shocked by my reaction, so I sat in the car for a minute to try to figure it out. I thought that man was magnificent because I subconsciously believe that men, in general, are completely hopeless, panicking babies. What that man was doing seemed like such an immense achievement because, as a man, it took so much more effort and courage than it would take a woman. I’m not joking here – I swear that was my instinctive response to watching a man attempt a useful activity, particularly involving children. So yes, I was complaining about sexism while harbouring some pretty dumb sexist attitudes of my own. And they add to my unbelievable busyness because they make me carry the load of the men in my life.

My ex is very hands-on with the kids, but he is what I would describe in my sexist way as hopeless, haphazard and lazy. As an example, I remember I’d been in Cambodia for about three days when our babies were twelve months old. My husband sent me a photo in which my son was wearing the same T-shirt I’d put on him before I left. Yes, he’d slept in it, eaten in it, rolled on the floor with the dog in it, etc., for three days. But you know what? He was alive and well when I got home, so I had to acknowledge that there was no harm done, even though his father and I had very different ideas of what looking after children entailed.

Since the birth of our kids, I’d become increasingly resentful of his failure to chip in with the jobs I’d invented, and he was resentful of the superfluous jobs I kept inventing.

HE FELT I WAS MAKING MORE WORK FOR MYSELF THAN I NEEDED TO, AND THEN EXPECTING HIM TO SHARE THE LOAD.

I’m not advocating not bathing babies for days on end, but I will say that what happened while I was in Cambodia made me reconsider the little jobs I was burdening myself with every day (particularly as I saw so many babies on my trip who were living their little lives without any clothes on at all). Did I have to change our twins so often, and dress them in perfectly clean and matching little jammies every night? Did I have to change the whole outfit if a nappy leaked into the pants, just so they’d never wear mismatched clothes? Did I have to do so much washing every day?

Where the kids are concerned, part of my unbelievable busyness stemmed from my high standards, and the begrudging joy I took from the idea that ‘no-one but me does things properly’.

I NEVER ASKED FOR HELP FROM MY KIDS’ FATHER BECAUSE HE WOULDN’T DO THINGS THE WAY I LIKE THEM DONE.

Not only that, he couldn’t even offer to help because I wouldn’t tell him more than he absolutely needed to know about our family’s daily routine. I kept the whole spreadsheet in my head, including for Hellish Tuesdays. When I felt completely overwhelmed by it all, I’d lash out and accuse him of not shouldering his share of the load, but later, when I’d had a chance to look at the situation intellectually, I had to admit that he had no way of knowing how hideous my Tuesdays were because I’d never told him. I did think about him a lot on Tuesdays, though, usually when I was stuck in traffic with squabbling kids behind me, my white knuckles wrapped around the steering wheel. Oh yeah, he definitely popped into my mind. I’d imagine him wandering around his quiet little house, sipping tea and talking to the cat. BASTARD!

I’ll admit, I made myself busier than necessary just by assuming responsibility for stuff that I actually could’ve got help with. I was doing more than I needed to, and I also felt more alone than I needed to.

I realised that, to paraphrase myself from earlier, there’s no point in me missing my children grow up, just so that they can grow up and do the same to their own children. If there’s no greater purpose to my unbelievable busyness, if it’s just causing an endless cycle of unhappiness for me and my kids and my possible grandkids, then it has to stop. And if it’s making me feel crying-in-the-shower tired by homework time then it definitely has to stop, because my kids are only in Grade 2. Homework time ain’t going away any time soon.